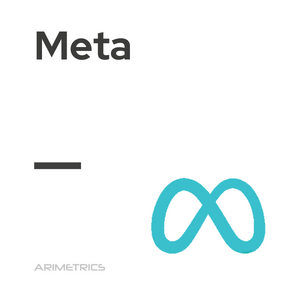 Meta is the name that replaces Facebook Company to encompass the conglomerate of brands or companies whose president is Mark Zuckerberg. On October 28, 2021, the American entrepreneur announced that the name change is part of the company’s global plan to develop a virtual world that can fit into anyone’s life.

The logo was also unveiled during the same event. It has an infinity symbol adapted to the M of Meta. In its dynamic version you can see how there is a transition from infinity itself to the recreation of that M. The design has been developed on a white background and respecting the “Facebook blue” that characterizes it so much.

The swap of Meta instead of Facebook is a change for the part of the business conglomerate and will not affect the naming of the well-known social network. Facebook, as an application used for the management of communications within its own support, does not alter its name.

What does Meta encompass?

The name change in the corporation responds to the need to separate one of the applications, undoubtedly the best known, to accommodate other applications and technologies that are being developed within it. With the arrival of this new name, the Metaverse
concept is put into play, a virtual world in which you can connect and do, in theory, almost anything. To do this, the company led by Mark Zuckerberg has applications or tools that will allow you to develop the idea of Metaverse. All of them are under the umbrella of the company formerly called Facebook, now Meta.

Within Meta we can see the applications that the American company has been buying during its years of development. Among them, the very recognizable Instagram or Whatsappstand out, but they have also invested in other technologies such as the Novidigital wallet, the Portal video calling device and the Oculusvirtual reality system.

What is the Metaverse?

The metaverse is announced as the successor of the mobile Internet, a place where we can express ourselves in innovative ways and have new virtual experiences. The idea is to introduce ourselves into the interactive world that is presented to us and interact as if it were life itself. You can put on augmented reality glasses and make meetings, transactions, purchases, visits, virtual experiences with other people. Everything will be under the presence of a personalized avatar that will be the one that represents us.