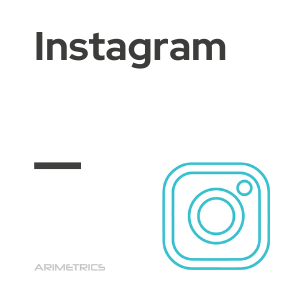 Instagram is a free online photo-sharing app and social networking platform that Facebook acquired in 2012 but was previously launched in 2010. Instagram allows users to edit and upload photos and short videos through a mobile app. Users can add a title to each of their posts and use location-based hashtags and geotags to index these posts and have them searched for by other users within the app. Each post by a user appears in their followers’ Instagram feeds and can also be viewed by the public when tagged using hashtags or geotags. Users also have the option to make their profile private so that only their followers can see their posts.

Like so many other social networks, Instagram has become a great source of profitability for companies, a place to interact with their users and publish their products. Instagram allows you to create business profiles with features unique to this type of account such as analysis metrics or advertising products. The design of Instagram is also perfect as a showcase since the design appears to be a kind of online shopping. In addition, company profiles are not the only way that companies have to advertise on Instagram, through influencers, user profiles with a large number of followers, they can reach sponsorship agreements to promote their products. Among the advantages of using Instagram for businesses are:

Instagram appeared as a social network where photo publications were made, in a short time the video modality was added with a short duration of time.

In January 2011 the “Hastags” were included, a function that would make it easier for the user to find content of their interest through words, that in turn introduced the term “Trends” which consisted that when a word was very demanded it fell into that category of popularity.

In 2013 it was announced the incorporation of direct messages so that users could communicate privately, in 2015 it was updated introducing the possibility of sharing threads, locations, emojis, gifs and finally in 2016 it was included to send messages with a review time by the receiver, which when opening the message this later disappeared.

Between 2015 and 2016 it was decided to make changes and incorporated the ads and the modality “stories” instant photos and videos with a duration of 15 seconds, thus competing with the Snapchat application, where they incorporated in turn the “filters” and later “music” tools that have been a success and have led to the positioning remarkably. In 2017 the option “live video” was incorporated where users could make direct in real time and that their followers could be spectators, in this same year the function “outstanding stories” was added, a modality that collects the shared stories and keeps them permanently in our biography inside a circle.

In 2018 “IGTV” appears, videos with vertical positioning and allowing a long duration of playback.

After the great success of TikTok, in 2019 Instagram incorporated the famous “Reels” short videos between 15 and 30 seconds to which you can add speed or lower it, add texts, music, sounds, filters or effects.