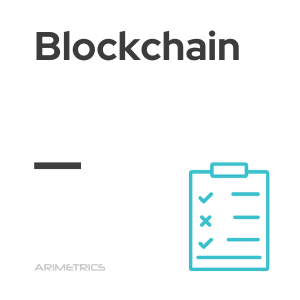 Blockchain
is a technology consisting of a blockchain with a public database where transactions that are made on the internet are securely recorded. The data is validated by a wider community, rather than by a central authority. That is, it is a collection of records that a multitude supervises and maintains, without thus depending on any entity, be it a bank or a government.

How the blockchain works

Each “block” represents a chain of transactional records, the “chain” component is linked to all with a hash function. Thus, the records that are created, are confirmed through a computer distribution network and join the previous entry of the chain. Hence, the blockchain.

Thanks to asymmetric cryptography and summary or hash functions, it has been possible to implement a distributedledgerthat allows to support and guarantee the security of digital money. With an adequate protocol for all operations carried out on the blockchain, a consensus can be reached on the integrity of this data by all the participants of the network without the need to resort to a trusted entity that centralizes the information.

Therefore, blockchain technology is the most suitable for those operations or moments in which it is required to store increasingly ordered data over time. Data without the possibility of modification or revision and whose trust is intended to be distributed instead of residing in an external entity. The blockchain concept was first applied in 2009 as part of Bitcoin.

The data stored on the blockchain is typically transactions,such as financial operations. That is why these data are usually called transactions although it is not necessary that they be.

Where the blockchain applies

The blockchain concept is used in fields such as cryptocurrencies. Here it is used as a modifiable notary public of the entire transaction system in order to avoid the problem that the same currency can be spent twice.

It also applies in the field of name registration databases. In this situation, the blockchain is used to have a notarial system of name registration so that a name can only be used to identify the object that has it registered. It is an alternative to the traditional DNSsystem.

In addition, it is used as a notary distributed in different types of transactions to make them safer, cheaper and traceable. For example, it is used for payment systems, banking transactions, remittances, loans or digital asset management systems, which can be used for different purposes. It is used in public procurement to ensure greater transparency in tenders.

Finally, it is also used as the basis of decentralized platforms that allow to support the creation of smart contract agreements between peers. The goal of these platforms is to allow a network of peers to manage their own user-created smart contracts. To do this, a contract is first written using a code and uploaded to the blockchain through a transaction. Then, once on the blockchain, the contract has an address from which you can interact with it.