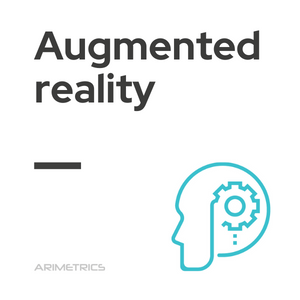 Augmented Reality, usually abbreviated as AR, is a type of virtual reality that aims to duplicate the environment of the world on a computer. An augmented reality system generates a composite view for the user that is the combination of the actual scene seen by the user and a computer-generated virtual scene that augments the scene with additional information.

The computer-generated virtual scene is designed to enhance the user’s sensory perception of the virtual world they are viewing or interacting with. The goal of Augmented Reality is to create a system in which the user cannot distinguish between the world and the virtual augmentation of it. At present, Augmented Reality is used in entertainment, digital marketing, military training, engineering design, robotics and in other industries.