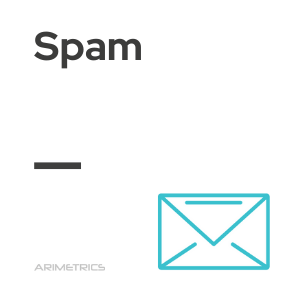 Spam is what is known as unwanted bulk email. That is, an email that is sent to a multitude of people without prior approval, with the aim of promoting a product, service or even a particular scam.

Where the term Spam comes from

The truth is that Spam is an acronym derived from the words ‘spiced’ and ‘ham’. Its origin dates back to 1937, when Hormel Foods Corporation, a food company in the United States, began selling minced meat sausages. A product that was not well received among Americans, which began to cause financial losses in the company.

Years later, in the 70s, the comedy series broadcast on the BBC, Monty Python’s Flying Circus showed the menu of a café where almost all products included spam. As the waiter recited the menu, a chorus of Viking customers began shouting “Spam, Spam, Spam, Spam, lovely Spam.” Since then, spam has been associated with unwanted, annoying, and excessive information.