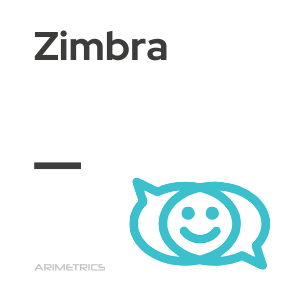 Zimbra is a collaborative computer program that is composed of emails, calendars, contacts, documents, etc. That is, it is a web-based application package that can be deployed as an on-premises private cloud or in the form of an external public cloud service. It is designed for enterprise deployment with the primary goal of integrating a host of collaboration tools.

Zimbra has been a real success, the integration of several applications in the same tracker has managed to attract millions of users around the world. Among the main advantages of Zimbra we find the following

Zimbra can be downloaded directly and free of charge from the following link: