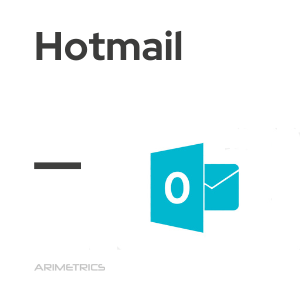 This is a free email service. It is considered Microsoft’s first Internet-based electronic messaging service.

The user only has to register to start receiving or sending emails. In 2013, during its transition to @outlook.com, it had a total of 900 million customers.

It was devised in 1996 by programmers Sabeer Bhatia and Jack Smith in 1996.

A year later, in December 1997, it was sold to Microsoft for $400 million and attached to Messenger services. It marks a turning point there, the basis of its popularity of the service, since it crossed different markets and became the main webmail service in the world. In 1999 it had more than 30 million active users.

Hotmail is characterized by having a complete and simple interface. The user can send and receive files in numerous formats without experiencing any problems when opening them. After merging with Outlook, the office web app allows you to view Word, Excel and Power Point files online, as well as edit them. In addition, the interface is more organized and very easy to handle.

It features unlimited storage space. This is one of the main features of the current Hotmail and one of the most appreciated by users. The storage is extended according to the needs of the Internet user.

Allows you to send large files. The new Hotmail merged with Outlook offers the possibility of directly sending large files, larger than 25MB.

It can be accessed from any device.

It has a smarter organization. For users who require a more exhaustive distribution of their files and documents, Hotmail allows you to make classifications systematically, either by date, subject, file size or conversation.

You can filter out spam. Spam is not a problem; the platform has a very effective software to discard spam.

At present, networking or the creation of a professional network of contacts has become a requirement for a large part of the work. Hotmail also makes it easy, as it is very easy to find many contacts registered on the platform.

The new Hotmail, merged with Outlook, also includes among its functionalities the integration with Skype.