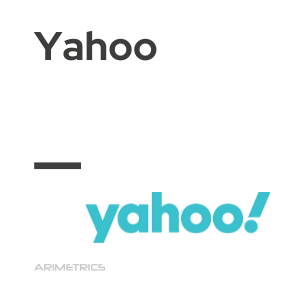 Yahoo is one of the main companies in the Internet sector that has its own portal, search engine and other related services such as email, news, weather, etc. It is considered one of the pioneer companies in the development of the Network at a global level because of the importance it acquired before the explosion of Google and all its related products.

Yahoo was born as a company in 1995 by Jerry Yang and David Filo and is headquartered in Sunnyvale (California). It is currently owned by Verizon, which bought it in 2017.

Yahoo came from the idea of Jerry Yang Chih-Yuan (An American of Taiwanese origin) and Dafid Filo,students at Stanford University, who created in 1994 a directory of Websites they called ‘Jerry and David’s Guide to the Worldwide Web’. After the brilliant success of the idea, in 1995 they formed the company Yahoo!.

The origin of the company’s name is unclear. While some argue that it is an acronym for ‘Yet Another Hierarchical Officious Oracle’, others claim that it is a reference to the book ‘Gulliver’s Travels’ by Jonathan Swift. Specifically, to the nickname that David Filo’s father dedicated to the co-founders for their supposed similarity with these wild, dirty and restless creatures called ‘yahoos’.

Yahoo! grew in an extraordinary way in the 90s and the initial directory and search engine were added more services such as a portal or a messaging service. For years it was the reference search engine for the majority of Internet users in the world.

Its growth was slowed with the rise of Google, losing relevance as a search engine and becoming a content portal along with associated services such as Yahoo! Mail, Yahoo! Messenger, etc.

In February 2008, it rejected an offer to buy Microsoft worth $44.6 billion, considering it a very low figure. This has been one of the company’s great historical mistakes. Just keep in mind that it was acquired by Verizon almost a decade later very devalued and for 10% of that amount.

Today it continues to be a conglomerate of Internet services with a global audience and even today it is among the ten Internet sites with the most traffic worldwide.

However, it is a case study about the Internet bubble and how mismanagement caused the company to fall. Among the reasons for its decline are:

In 2000 Yahoo! gave up its own search technology to adopt Google as a search engine. In 2004 it stopped using Google after acquiring Altavista (a pioneering search engine on the Internet). In a new twist, in 2009 Yahoo! reached an agreement with Microsoft to integrate the Bing search engine within its search services.

At present, and after an irregular development, Yahoo! has, among others, the following services:

Like all tech companies, Yahoo! has been hurt by the hacker attack several times in its history. This fact came to jeopardize the purchase by Verizon,agreed for early 2017 for 4,800 million dollars.

Specifically, the operation was affected by the massive theft of the personal data of 3,000 million users (“all accounts”, as the company later acknowledged) in 2013 and another attack that affected 500 million accounts in 2014. Then it was questioned whether Yahoo! had the appropriate security measures to prevent this type of attack and was investigated even for possible negligence.

Yahoo! suffered a new blow when it was pointed out by former CIA analyst Edward Snowden as one of the company through which the US government had spied on its citizens with the mass surveillance programs PRISM and XKeyscore.

After these incidents, Google promoted the idea of email security to continue snatching users from Yahoo!, once the unlimited space of the accounts had ceased to be a competitive advantage a few years earlier.

Yahoo! closed its headquarters in Spain in the summer of 2018 after having moved all its commercial activity to Dublin four years earlier. The Spanish journey of the American company was settled with high fines by the Treasury due to irregularities in Corporation Tax and VAT.