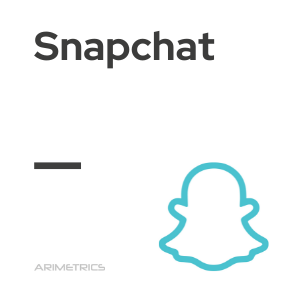 Snapchat is a mobile app that allows users to send and receive ephemeral photos and videos, which disappear shortly after they’ve been posted. Photos and videos taken with the app are called snaps. The app allows the sender to draw or insert text into what is sent and determine for how many seconds (from 1 to 10) the recipient can view the file before it disappears from the recipient’s device. Messages can only be viewed once and during the viewing period, the recipient must maintain contact with the device’s touch screen or the file disappears.

Snapchat Stories are collections of snaps that appear in chronological order. They are made up of a combination of photos, videos, graphics and illustrations,such as stickers. Each build contains snapshots that a user has posted to their story over the past 24 hours. Each snap appears for 24 hours and the user’s friends can view them an unlimited number of times before they expire.

The social network was created by Evan Spiegel, Bobby Murphy and Reggie Brown in 2011, when they were still students at Stanford University. In its beginnings it was called Picaboo and its founders had some debates about the suitability of it being used only to publish ephemeral archives.

Facebook tried to buy it twice. One of them, in November 2013, came to offer 3,000 million dollars. On March 2, 2017, the company that exploits the rights to Snapchat went public with positive results.

The importance of Snapchat

Although in Spain it is not one of the most attractive social networks, it has millions of active users around the world. Specifically, in mid-2018 it added the figure of 188 million after suffering the first decrease in users since its creation. Therefore, it is an application to take into account in digital marketing strategies, especially those focused on the youngest. The first ad posted on Snapcht was a promotional video for the movie ‘Ouija’, on October 19, 2014.

Most people use Snapchat to get modified photos and videos with filters that automatically appear on the screen to share the result on other social networks, such as Instagram.

What is snapchat used for?

This social network has different uses, among them we find the following:

Show fragments of your daily life

Snapchat users upload images and stories where they tell the activities they are doing throughout the day.

With stories we are becoming fond of teaching moments of our life that in other circumstances we would not teach. In this sense, that our food burns or stains our clothes some of our pets can be a good excuse to upload it to snapchat.

Although snapchat was not created for it, there is no doubt that there are users who use this social network to send intimate photos since snapchat guarantees that these photos will be deleted after a few seconds.

Like other communication apps, snapchat also has a chat in real time and at cost 0.

This functionality has been one of the last to be added to the social network. Thanks to this, we can make live video calls through an internet connection as it happens with whatsapp.