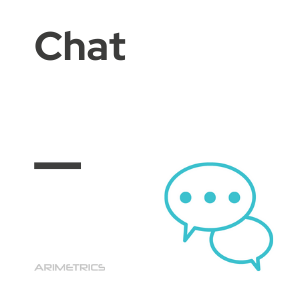 The term chat (from the English chat, talk or converse) is the exchange of messages over the Internet that allows to establish an electronic conversation between two or more people. It is also called with this term to the services or apps that allow to maintain this exchange.

The use of chats has generated a new term: chat. This verb, according to the Royal Academy of Language, means to maintain a conversation through chats in both a public and private way.

This type of communication was born in 1972, when the first two-way conversation between two computers was achieved. This first conversation involved a psychiatrist and his patient and it was quite a revolution at the time.

In 1988, the scientist Jarkko Oikarimen,manages to create the IRC or Internet Relay Chat, the program that allows two or more people to communicate simultaneously.

After IRC, other chat services have been created that try to be better and better to meet the needs of an increasingly large number of users due to the emergence of smart mobile phones or Smartphones and Internet access in them.

Chat communication can be of several types:

The most used courier services

Among the best known chat services we can highlight:

Practically all social networks that exist have their own chat since they all have the possibility to send private messages between contacts.

The best known are: