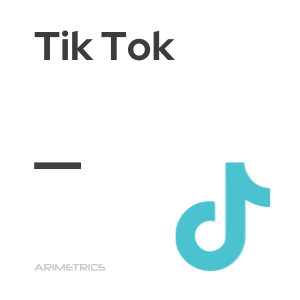 TikTok (known in China as Douyin) is a short-lived video sharing app very famous among teenagers around the world. Users use this app mainly to record themselves singing a song in playback and moving their fingers in a very particular way called finger dance.

The original idea arose in China and was developed by the company ByteDance in September 2016. But its popularity boosted away from Asia in August 2018, when it merged with musical.ly, a similar app that was already well-known among young people in the United States and Europe.

In 2018 TikTok was already present in 150 countries and in 75 languages, and reached the figure of 500 million users. In addition, it was the most downloaded App in the US in October of that year.

The operation of TikTok is similar to that of other social media. To create a profile and start sharing videos, simply have a Gmail account. Videos can be up to 10 seconds long and can be recorded in multiple shots. In this way, it is only recorded while you have the button pressed and there is the possibility of making a small assembly afterwards.

It is possible to slow down, speed up and modify with filters the videos once recorded. Another option of Tik Tok is to see the reactions of users while watching a video of another in a small window.

Users can follow each other, like videos and even comment live. One of the main criticisms of TikTok, in addition to the young age of its users, is that it does not allow partial privacy settings. Profiles must necessarily be totally public or totally private.

Most people record themselves making a kind of music video, with a background music they have previously chosen from the extensive bank of songs of all genres offered by the application.