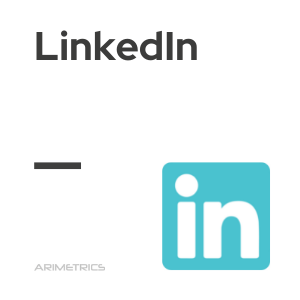 LinkedIn is a social network for contact management launched in 2003. Unlike other networks such as Facebook or Twitter, this one has a much more professionalized profile, with a more serious and moderate tone, focused on job search, promotion of companies, products and events and business relationships.

LinkedIn currently has more than 575 million registered users, more than 9 million companies, available in 24 languages in 200 countries. In 2016 Microsoft announced the purchase of the company worth $26.2 billion.

In 2018, LinkedIn turned 15 years old, in which it has experienced spectacular growth, leading a type of social networks of a much more professional nature, differentiating itself from other giants of social networks such as Facebook or Twitter.

LinkedIn was founded in the United States in 2003 by Reid Hoffman, a former executive of the company PayPal, who saw a gap in the market for social networks with a job profile. The project was quickly consolidated and in just one year had achieved more than 100,000 users which attracted the attention of many investors.

This produced a remarkable growth of the social network during the following year so the efforts in it multiplied and began to add numerous functionalities such as the option to import contacts.

With this in mind, in the year 2005 it was decided to make LinkedIn profitable and the first two lines of business were introduced: the LinkedIn Premium subscription service with extra functionalities and LinkedIn Jobs, a recruitment service for job search that put candidates and companies in contact.

All these changes further strengthened LinkedIn’s position, which had long since ceased to be a project to become a reality. Thus, at the end of 2006 it had more than 5 million users and millionaire income that placed it as one of the most successful social networks of the moment.

It is at that moment that Hoffman decides to delegate the command of the company to Dan Nyle. It is the year 2007 and the company continues to incorporate features such as customer service and LinkedIn Answers, a forum in which users resolved their doubts about the social network and debated or raised issues about the labor market and job search.

Coinciding with the arrival to 20 million users, in the year 2008 proceeds to the internationalization of the company: the web is launched in French and Spanish in more than 15 countries and proceeds to build the first office outside the United States, specifically in the United Kingdom.

The progress is unstoppable, the new international strategy produces a spectacular increase in the social network that by 2009 already has more than 30 million users. It is also this same year when the management of the company changes ownership again in favor of Jeff Weiner.

However, if there was a year that definitively marked the rise of Linkedin as one of the most important social networks in the world, it was 2010. In just one year the company got 60 million users (double what it had obtained in 5 years). By then it was already based in more than 10 countries and 1000 employees worked for it.

Faced with the overwhelming success of the social network, the company decided to go public in 2011 with a price per share of $ 45. The news was enthusiastically received and by the end of the year its value had doubled.

For the year 2012 the company chose to focus on an expansion strategy, acquiring for them 4 new companies among which Slideshare stands out.

The year 2013 is the tenth anniversary of the company. By then it had already exceeded 200 million users worldwide, was available in more than 10 languages and was growing at a rate of 2 users per second.

In 2014 it decided to enter the Asysytic market and launched its version in China where it also enjoyed a good reception. At the moment LinkedIn becomes the tenth most popular website worldwide. It also continues to acquire new companies including a new internal search engine for the social network.

In 2015,with the aim of improving its sales line of business, “Sales Navigator”, LinkedIn acquires Fliptop, a predictive marketing company.

The year 2016 is the most important event in the recent history of LinkedIn. The American multinational Microsoft buys the social network for the overwhelming figure of 26,200 million dollars, the largest operation of the year in the technology sector. Parallel to this fact, the web is ranked number 20 in the Alexa ranking of the most popular website in the world.

After the acquisition of the company by Microsoft, the social network completely renews its interface in 2017,while exceeding 500 million users worldwide.

In 2018 LinkedIn celebrated 15 years boasting in an excellent way and with the goal of reaching 1000 million users in the coming years.

Main features and advantages of LinkedIn

We can distinguish between the features that LinkedIn offers for companies and those that it offers to users.