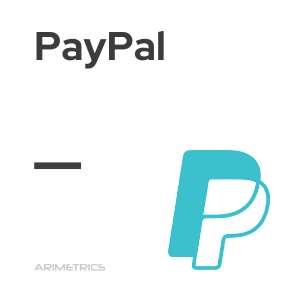 PayPal is an American company that operates secure online payment methods. For the guarantees it offers, it is one of the most used platforms in electronic commerce, but also for sending money between individuals. The main advantage of PayPal is that it does not share bank or personal data with sellers, so it is an ideal form of payment when there are doubts about the legality of an eCommerce.

Its reputation as one of the most secure money exchange platforms is based on the following features:

It is a payment system used by more than 277 million people worldwide, according to data from the company itself.

PayPal was founded in 1998 under the name Confinity in Palo Alto ( California), home to many of the companies that emerged at that time in Silicon Valley. In the beginning, it was more dedicated to money transactions via PDA, small electronic agendas widely used before the expansion of smartphones.

The company, created by Max Levchin, Peter Thiel, Luke Nosek and Ken Howery, merged in March 2000 with X.com, an online banking company founded by billionaire Elon Musk (Tesla’s father). It was then renamed PayPal. Its users grew exponentially in those first months thanks to an aggressive marketing campaign and eBay decided to buy it in October 2002, when it was already the platform used by half of its customers.

Until the time of the purchase, PayPal had been listed on the New York Stock Exchange, specifically on the Nasdaq electronic market. He returned to the stock market in July 2015, after his breakup with eBay.

Although for years it has had a monopoly on secure internet payment, it currently faces competition from contactless systems and platforms developed by major banks.

Getting started with PayPal is very simple. On the buyer’s side, it is enough to create an account linked to a credit card, a bank account or both. When confirming a payment in an e-commerce, it is enough to enter the email and password used to register the profile.

The seller, on the other hand, must create a business account in which he can customize all the services he requires to start his business. PayPal allows you to integrate your payment gateway directly into a website or accept invoices by e-mail if you do not have a web page.

The prices that a seller must pay for facilitating the use of PayPal is one of the main criticisms that is made to the company in the e-commerce sector. It is, in addition, the reason why they are losing users in favor of other platforms, such as Stripe.

The fees payable by a business owner are lower the higher the sales and consist of a percentage plus a small fixed amount per transaction. As of mid-2019, the rates were as follows.

The use of PayPal is free for buyers of an e-commerce as long as currency conversion is not required and also for sending money within the European Union (EU) if a currency exchange is not necessary.