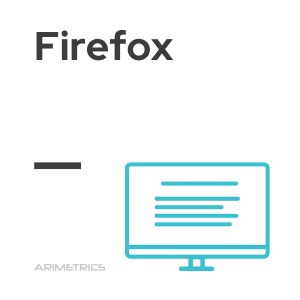 Mozilla Firefox is a web browser developed by the Mozilla Corporation company. Created in 2002 by David Hyatt and Joe Hewitt, it is a cross-platform browser (mobile phones, computers, tablets and other devices) and available for Windows, Linux, Android, iOS and macOS. Since its launch, this browser has been gaining popularity to become the second most used web browser in the world with more than 500 million users.

One of its most outstanding features is the use of the free Gecko rendering engine, written in C++ and implementing web standards. This engine, being free software, allows anyone to modify it to their liking, being very popular among developers.

In a sector as disputed as that of web browsers, all possible differentiations and advantages over the competition are of vital importance to get new users and maintain the usual ones. Among the main advantages of Mozilla Firefox are:

Among the main drawbacks of Firefox, we can highlight: