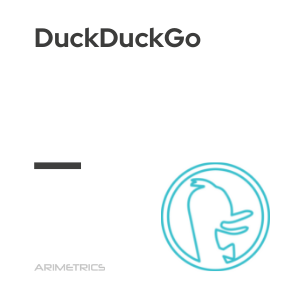 DuckDuckGo
is an independent search engine whose main feature is that it opposes collecting information from its users and focuses its philosophy on their privacy. It is available in 97 languages and, in addition to the search engine (which can be used with any browser), it has a mobile application and extensions to block other platforms such as Google or Facebook.

Its interface is very simple, with a homepage starring its logo, the Dax duck, and a space for queries in between. In the Home already appear some of the messages that characterize DuckDuckGo, such as “The search engine that does not track you” and “Privacy, simplified”.

The search results page is very similar to that of Google or any other search engine. Its developers ensure that this is so that the user who decides to switch to DuckDuckGo for its advantages in terms of privacy does not notice such a drastic change.

The search engine was founded in 2008 by Gabriel Weinberg,an MIT graduate who had previously had experiences with tech companies. Weinberg defends the advantages of DuckDuckGo in each interview he grants and assures that the company has been profitable since 2014, and that it also does so without the need to interfere in the privacy of Internet users.

The company is established in Valley Forge, Pennsylvania (USA) and currently has 65 employees. 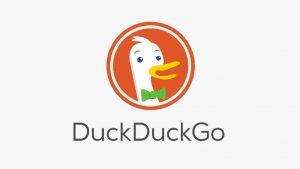 Unlike other search engines, it doesn’t work from previous searches, preferences, or user location. The company ensures that it tries to offer the most satisfactory answers for the specific keyword or keywords typed, so it is common for Wikipedia to appear recurrently among the top positions.

The same goes for advertising. Although it has ads at the top of the page, it treats the user as if it were the first time they accessed the search engine (even if it is not) and is not based on a history of experiences.

With this system, the logical thing is that advertisers do not risk very high amounts of money for advertising that they can barely control who arrives. Therefore, DuckDuckGo recognizes that it obtains income through other means.

For example, you get a small commission for each click on one of Amazon’s or eBay’s numerous affiliate pages, although, he insists, without revealing the author of the search or any of its features. It also has private investors.

On locations, it does not have its own geographic monitoring service and offers maps thanks to the collaboration with Apple Maps.