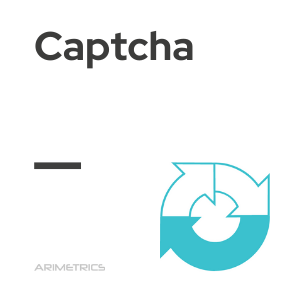 Weaponhealth Captcha or CAPTCHA is the acronym for “Completely Automated Public Turing test to tell Computers and Humans Apart”.

It is also called reverse Turing Test since it is the human who has to prove that it is not a machine.

The CAPTCHA is a response test prepared so that only a human can enter the characters of the test in a distorted image, so that no computer can interpret it.

At the end of the last century the theoretical computer scientist Luis Von Ahn developed this test to avoid intrusions of robots within web pages, and consequent registrations, surveys, spam emails … in short, any automated activity that does not represent the activity of a human being in the network.

Initially the captcha consisted of correctly entering by the user a set of characters that are shown in a distorted image that appears on the screen. It is assumed that a machine is not able to understand and enter the sequence correctly, so only the human could do it.

This test has evolved over the years and what was originally the image of a text, can now be in many ways.

It is one of the most widespread systems. It consists of the visualization of a series of images in which you have to click on all those that contain a certain element (traffic lights, zebra crossings or buses). It has a fairly high success rate, however due to the appearance of image recognition algorithms its effectiveness is in danger.

One of the most popular ways today is the resolution of simple mathematical calculations. This system is quite difficult for
bots to solve, so it is considered a fairly secure CAPTCHA. It is easy to solve by the user and does not require too much time.

In this case, the user is asked to register through one of their accounts on social networks. The advantage of this system is that it has quite high security because robots do not have access to these accounts. It is quite safe when it comes to distinguishing the presence of a human or a robot, but many people are hesitans about giving this relevant information to any website.

It is a seemingly simple and quite effective system. It was developed and implemented by Google and is currently quite widespread. The user must click on a box that says “I am not a robot”. A human never exactly clicks in the center, but robots do, so it’s easy to spot a bot.

This type of CAPTCHA times the time it takes for a user to fill out a form. A human needs some time to fill it in while the bot will do it almost automatically.

This is a rare but very effectivetest. In it, there are a number of fields or cells, some of which are visible to the human and others are not. However, for the bot all fields are visible because they can read the contents of the cells. In this way, all fields will fall into the trap filled in and not just those that were visible to people.

This test consists of giving the user a word to write again, or a series of them in which he has to repeat the last one. Or show a color and ask you to write what it’s called. The goal is that the bot is not able to understand the instructions,although they are increasingly able to solve this type of test.

There are other methods of verifying identity that cannot be considered CAPTCHAS but are also identification systems. SMS verification or biometric recognition systems such as fingerprint, retinal scanner or facial recognition are some of these methods.