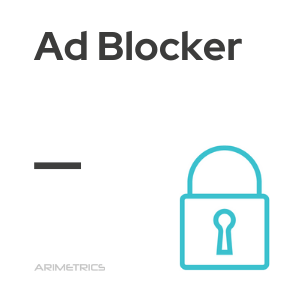 An ad blocker is a program that allows you to remove different types of advertising during the user experience while browsing the Internet. These programs limit certain types of ads, such as pop-ups, banners, and other common forms of online advertising, allowing the user to browse the web without annoying distractions or interruptions.

Its use, however, generates controversy in the field of advertising, since it represents a paradigm shift, since the control of advertising is in the hands of users instead of advertisers as until the moment of its appearance. What for some is an advance to avoid invasive advertising, for others it is a torpedo in the waterline of existing advertising models that endangers the subsistence of today’s media.

An adblocker works in many different ways. Some are standalone programs, while others act as features of the most comprehensive customization services or as add-ons for a certain browser or operating system. Some browser-specific programs, such as PithHelmet for Safari, or other browser programs, such as Opera,are designed to work in a particular environment. Others work with Windows or another operating system to block pop-ups or other types of ads.

Reasons to use an Ad Blocker

People block ads for a variety of reasons. For example, many users find ads annoying and stressful. Interruption marketing is intrusive by design, such as an interstitial ad that appears between users and the content they are trying to see or autoplay that is launched without any intentional act on the part of the user. Other issues that lead people to block ads include the lack of relevance to users’ interests and the security issues associated with some of these ads. 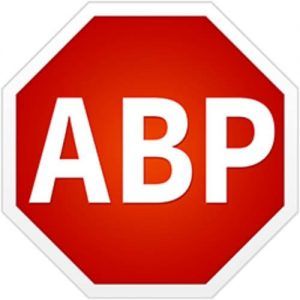 However, online ads are often considered a necessary evil. They provide most of the fundamental revenue to support online content, which the user usually expects to access for free. However, ads can also degrade the user experience, in which case people may stop visiting the site or install an ad blocker, so none of these solutions are a good result for the site owner.

Some pages have directly chosen to prevent access to content by users of ad blockers, which urges them to uninstall them emphasizing the need for advertising to guarantee the free of charge of their services.

Users have a wide range of options to block different types of ads. Some programs may delete cookies and other web bookmarks to limit the effectiveness of ads. Web proxy programs like Privoxy can also be effective ad blockers. Some users also choose to block Adobe Flash in order to block video ads, which are now common on some websites. There are also free programs that can use simple principles to block advertising.

Among them we can highlight:

What is the Ad Blockers user profile?

The demand of the user and the development of Digital Marketing have forced the advertiser to turn its traditional strategy towards personalized marketing, aimed directly at its potential customers, to recover their attention and avoid the use of filters such as ad blockers. It is proven that the user is more receptive to advertising the products in which he is interested than to seeing ads without bias, which may not interest him at all.

According to a study published by IAB (2016), 26% of the Spanish population between 16 and 60 years old uses ad blockers,an alarming figure for advertisers for the amount of losses it entails. The majority of these users connect via their mobile phone (88%), are men (57%), with university degrees (62%) and aged between 16 and 34 (57%).

The reasons why the respondents in this study began to use filters for internet advertising were mainly that they considered advertising intrusive and invasive, excessive and that also prevented them from accessing content comfortably.

The majority of adblocker’s users choose to block ads on all pages (49%) and a large portion (26%) say they use them on entertainment pages, followed far behind by social media (16%).

The results of the IAB study reveal that 66% of users of ad filters would be willing to stop using them if improvements were applied in the way online advertising is displayed. To do this, it would be necessary to avoid pop-up advertising that interrupts the correct display, reduce the consumption of data from the ads and that the user has greater control over their privacy.