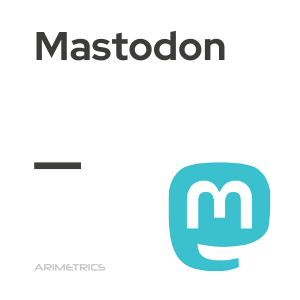 Mastodon  is a free and open source social network created at the end of 2016 by the German Eugen Rochko. It works similarly to Twitter, although it allows you to post messages from up to 500 characters (for the 280 that allows the leading social network in microblogging) that are called toots (honks). It is part of the Fediverso platform, a group of social networks that uses the same computer protocol and that arise as an alternative to traditional networks: Friendi.ca (Facebook),Peertube (Youtube) or PixelFed (Instagram).

Apparently, Rochko made the decision to create Mastodon after Twitter changed its algorithm and began displaying news in a similar way to Facebook on its timeline in February 2016. It began as a social network with few users, but has experienced occasional growth in moments of ‘rebellion’ against Twitter. For example, in September 2018, many Spanish users created accounts as a protest measure against Twitter’s decision to block thousands of accounts for the use of certain expressions (“I kill you”) without taking into account the context. Currently, mastodon.social, the creator’s instance and the most numerous, has about 350,000 followers,far from the 336 million that the world’s leading microblogging network has. 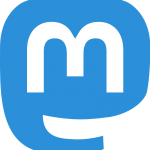 Decentralization is one of the main features of Mastodon. They define themselves as “a federation” and joke about the example of comparing themselves to ‘StarTrek’. To join, you have to apply for membership in an independent ‘instance’ or group that may be specialized in politics, cinema or even memes. Each instance functions as a stand-alone server managed by an owner who must cover expenses out of their own pocket or with member donations.

Instances are not as airtight groups as they might seem. Belonging to a specific instance does not prevent you from being a follower and having followers who belong to other groups. So that everyone knows which instance each of the followers is in, the Mastodon nick is made up of two parts: the user’s name and the instance in which he is registered (@usuario@instancia.com).

One of the advantages that users of the Eugen Rochko social network value most is the importance it attaches to the protection of personal data. To open an account, it only requires an email address and password, and does not collect any more personal or behavioral data from its users. The goal is to offer a “chronological feed” that makes it possible to “consume interesting content uninterruptedly” without selling anything.

Its interface is similar to that of some social media management and programming tools, such as Hootsuite or Tweetdeck, with a column distribution that allows you to view several fields at the same time.

Mastodon boasts of being a social network without advertising or central authority and ensures that its philosophy is inspired by combating the errors of other social networks. Its creator, Eugen Rochko, said in an interview (‘Learning from Twitter’s mistakes’) that one of its principles was precisely to flee from the tension and insults increasingly widespread on Twitter. Therefore, the user can choose an instance simply because of the rules that govern its operation and the fact that it has a moderator.

Other users, on the contrary, opt for a free social network like this because of the absence of censorship. In the last year, Twitter has blocked numerous accounts (many of them with a large number of followers) for using certain expressions without taking into account the context.