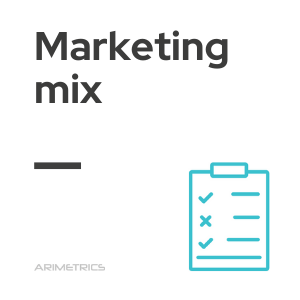 The marketing mix is an internal analysis of the situation of the company based on the study of what are called the 4Ps or the four fundamental variables in the commercial strategy of a company: price (price), product (product), distribution (place) and promotion (promotion). It is done fundamentally before implementing a new strategy in order to know the strengths and weaknesses and be able to achieve maximum profitability.

The term marketing mix was coined in 1960 by econonist E. Jerome McCarthy, but its validity remains in effect nearly 60 years later. The main variation that has suffered over the years has been the transition from 4Ps to 8Ps defined by Philip Kotler at the end of the nineties, the result of the modification in the marketing approach. The American economist then added: people, physical evidence, process and strategic alliances.

Despite being a fully valid concept in the twenty-first century, it is necessary to contemplate it from the same perspective as marketing in general and take into account the fundamental change that the discipline has undergone. When McCarthy first defined the marketing mix, marketing focused on the product you wanted to promote and its characteristics in order to convince the customer to induce their purchase. At present, the user has become the center of everything and, to succeed, it is mandatory to define the 4Ps from another approach. On the other hand, it is necessary to take into account that, with the development of the digital sector, the increase in the sale of services competes in importance with that of physical products.

What are the 4Ps of the marketing mix? 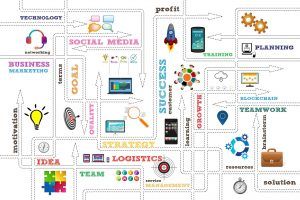 The classic marketing mix focused only on the four variables that it considered crucial in any commercial strategy and that can be summarized in the following:

The 8Ps of Digital Marketing

As we have already mentioned, marketing is a discipline that has evolved in parallel to the habits of purchase and promotion and in which, therefore, the rule of 4Ps was no longer valid. At least as we knew it so far. Therefore, it has become imperative to expand the approach and include four other new variables: