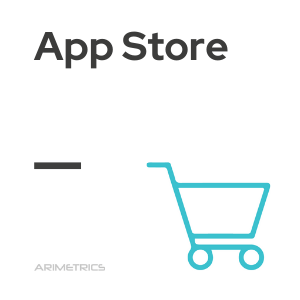 App Store is the platform for downloading mobile applications or apps from devices with iOS and Mac Os operating system of the Apple company. Through it users can download applications of all kinds, games, books, social networks, movies, music and other content.

Apps can be both free and paid, and any developer can join the store to publish their content. This provides a double added value, both for users who see the functionalities of their terminals expanded almost infinitely, and for companies that see in it a channel to expand thanks to the incredible scope of it.

About the App Store

Launched in 2008, it originally had only 500 applications,over the years its growth has been exponential and currently has impressive figures: more than 2 million applications available in 155 countries, 100 billion revenues and more than 500 million users a week.

The functionalities that the App Store has are diverse: search bar with numerous filtering options, classification of applications by age and parental control system, security in electronic payments and confirmation by fingerprint, etc …

Currently, the app store is the only way to download apps legally on Apple devices; This has generated some controversy and there are voices that accuse the North American company of monopolizing the mobile application distribution market and abusing this situation (Apple takes 30% of the profits of each paid application). However, it is true that the effort that the American brand has carried out to improve the quality of its store is much greater than that of these same platforms in other media. In recent years, the number of malicious applications, abandons or copies of other applications has been considerably reduced, in addition to raising their quality standards for developers.