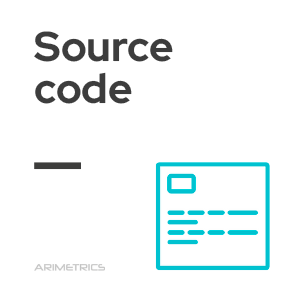 The source code is a file or files that contain the necessary instructions, made in programming, which aims to subsequently compile a program or programs so that they can be used by the user directly, just by executing it.

What is the Source Code?

Source code is the name given to any collection of code, with or without comments, that is written using the human-readable and understandable programming language, such as plain text. It is created as a way to make the work easier for computer programmers.

In other words, we can say that the source code is the source of a computer program, which contains statements, instructions and functions that work that act as the basis for the program to work.

When we talk about source code it is actually a computer program, so it can also be identified with the concept of software. In this way it refers to other concepts within the software such as the development of a web page.

The source code has to be generated through a program, based on one of the programming languages that exist.

However, at first, this is not executable. For this reason, it must be translated into another language or a binary code, so that the computer equipment can use the hardware and execute the instructions indicated in it. Interpretation is performed by compilers, interpreters, assemblers or other translation systems.

The compilation is an essential part that must be done on a source code, so that it can have some practical use in the information equipment on which it is executed.

The source code can have licenses of use. Based on the license, it can be available for users to consult, reuse or even modify.