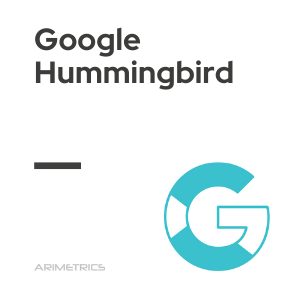 Google Hummingbirdis a new version of the search engine algorithm fully written from scratch that Google launched in August 2013, during the 15th anniversary of the American technology company. The name of this new version, hummingbird is a metaphor for the improved accuracy and speed that this algorithm update incorporates.

Unlike other algorithm updates like Google Panda or Google Penguin that are based on page rank, Hummingbird focuses entirely on the search method with the aim of responding to a type of user who is increasingly performing more complex searches, especially through mobile devices that allow conversational searches.

This new version of the search algorithm focuses on making better interpretations of users’ searches that yield more accurate results. To do this, the algorithm focuses on analyzing the search as a whole instead of doing it based on each word, with the classic system of keywords and concordance of them. In this way the search engine reaches a degree of complexity never seen to date being able to better understand what the user needs and throwing search results that go beyond web pages: now Google also offers geolocations,reviews and many more variables.

Google said at the launch of this update of the algorithm that it affects more than 90% of searches so it is undoubtedly one of the the most important changes,if not the most, in the history of the search engine, although it has not produced a change in the SERPs as great as other updates that focused on the level of quality of the websites did.