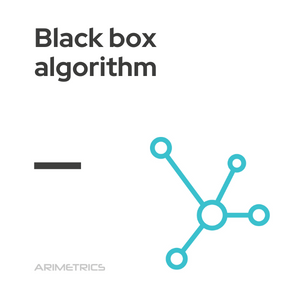 In technical jargon, a black box is when a system is viewed primarily for its input and output characteristics. A black box algorithm is one where the user cannot see the inner workings of the algorithm. It is a rather controversial system, due to the secrecy they contain and the lack of transparency, although its creators defend it as a security and privacy system to avoid data leaks and unfair competition.

Another characteristic of this type of algorithms is their dynamism, they usually present constant changes with the aim of adapting to the growing pace of technology and offering value to their users.