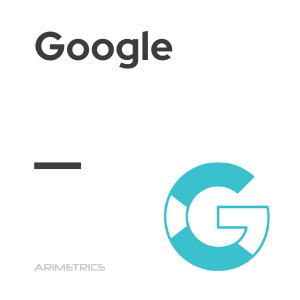 Google LCC is a subsidiary of the Alphabet conglomerate, owner of the most important search engine of the same name in the Internet sector worldwide. In the Google ecosystem, in addition to the search engine, there are many tools such as Gmail, Google Maps, Google Play Store, Google Drive, etc.

The name derives from the word googol, a mathematical expression that refers to a 1 followed by 100 zeros. According to its founders it perfectly reflected the mission they had, which was to organize the information of the world so that it was accessible and useful.

Google’s story begins in 1995 at Stanford University. Larry Page and Sergey Brian, who were pursuing a PhD in computing, began creating BackRub, a system for organizing search engine results. In this way, what would later be called Google emerged.

The first version of Google was released in August 1996. It was such a colossal project that it used almost half the bandwidth of the university’s network. In 1997 is when the registration of the domain google.com was made. From that moment he began a great growth that led him to dethrone classic search engines such as Altavista or Yahoo.

In a few years, Google has positioned itself as one of the first providers in reference services. All this because it has numerous services, applications and platforms.

Today, Google offers, among others, the following services: