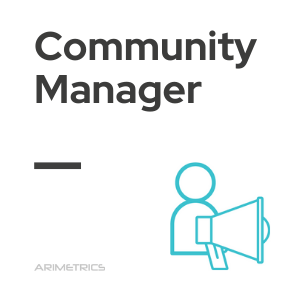 A community manager creates, grows and manages online communities, usually on social media, often around a brand or cause. Among other functions, they have to create, analyze, understand and direct the information that is produced in social networks, monitor actions and create digital communication strategies.

Origin of the term Community Manager

The origins of the term community manager have their roots in the video game industry with the arrival of MMORPGs (Massively Multiplayer Online Role-playing Games) in 1995. His duties have expanded to include a wide variety of functions and skill sets including social media management, marketing, public relations, and customer support. At its core, the community manager encompasses a bit of each of them, while retaining its basic principle – ensuring open communication between the developer and the community.

While the term “community manager” was not used at the time, the role has also existed since online systems began offering functions and features that enabled the creation of communities. These early efforts, in the form of bulletin systems, had leaders known as network managers or Sysops.

The 1990s led to the growth of online computer services such as Prodigy, CompuServe, and America Online. Prominent features of these services include communities that went through various names; Special Interest Groups, Communities of Interest and so on. And their leaders are often referred to as community managers.

Functions of a community manager

Community managers can perform various tasks, depending on the nature and purpose of their online community, which may or may not be part of a company. They are involved in the video game industry, branding online communities, research communities, corporate blogs, and other social media marketing and research activities.

It fulfills a new role within marketing, Internet advertising and documentation, as it is an emerging profession. Her roles have expanded to include a wide variety of functions and skill sets, including social media management, marketing, public relations and customer support.

In 2010 it was established as Community Manager Day on the fourth Monday of January, where users are asked to send thank you notes to their community managers.