Mass media are usually defined as non-personal channels for disseminating messages to the general public. They are mainly the written and digital press, radio and television.

As a means of communication it refers to the tools used to store and deliver information or data to a broad target audience. The term media can refer to advertising, digital media, electronic media, hypermedia, and mass media, among many others.

The most common platforms for mass media are newspapers, magazines, radio, television and the internet. The general public uses the media to obtain information on political issues, social issues, entertainment, and news in pop culture.

The emergence of the internet and its penetration into homes in the last two decades has caused a change in the way in which the user consumes the products of the traditional mass media. 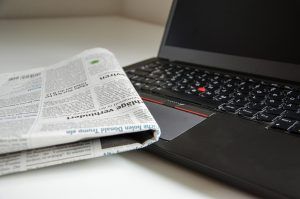 Data on audiences reveals that younger generations are consuming less and less media because they have grown up with the advantages of social media. Message dissemination channels are no longer conceived that do not allow an interaction between the medium and the user, which has caused what is known as transmedia narrative:a type of story that is developed through various media and communication platforms and in which the user plays an active role.

The Internet has also been decisive in the evolution of mass media advertising, since it allows through disciplines such as web analytics,to know the interests of users and their habits and segment very precisely to offer personalized ads.