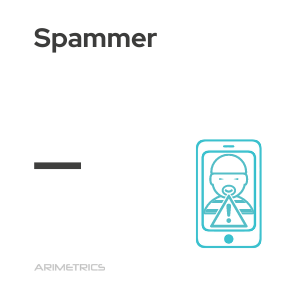 Spammers are people or companies that perform spam. Spam stands for Shoulder of Pork Ham, which was a canned meat marketed by hormel Foods. However, today Spam comes to mean something else entirely. It refers to email that is annoying, that we do not want to receive and that is usually of low quality.

The change of meaning occurs around the 90s. The relationship between both aspects has a clear link with a Monty Python’s sketch. The sketh has a restaurant where the waitress constantly repeats the entire menu, where there is canned meat (SPAM) and where a group of Vikings does not stop repeating the word SPAM.

The word began to use, first of all, in the digital world especially chats to refer to users who advertised repetitive products or services.

Who was the first Spammer?

Gary Thuerk is considered to be the first spammer. Gary Thuerk was a publicist for Digital Equipment Corporation. He sent the first spam in 1978 by sending 400 recipients from a list of 2600 via ARPAnet. He sold DEC computers and his spam worked, as he made $13 billion in revenue.

How do Spammers work?

Its function / objective is to send mass emails trying to mask their origin and using techniques to avoid anti-spam filters. A very common technique is to appear to be a reputable company or company to reach users. An example would be that we receive the email from our bank saying that they have canceled our account and if we want to recover it we must enter a link. The bank would not be the one that is sending it and that person would be receiving the information that interests him.

How do you get email addresses?