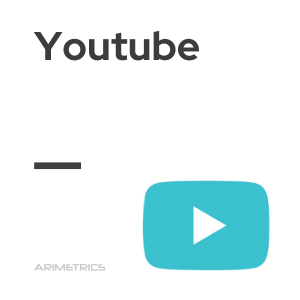 Youtube is a very popular and free video sharing website that allows registered users to upload and share video clips online. To watch the videos it is not mandatory to register. Launched in 2005 by former employees of PayPal, it was acquired by Google Inc. in October 2006 for $1.65 billion in Google stock.

Most of the content on YouTube has been uploaded by individuals, but media corporations such as CBS, the BBC, Vevo, Hulu, and other organizations offer some of their material through YouTube, as part of YouTube’s partnership program. Unregistered users can watch videos and registered users can upload videos to their channels. Videos in which potentially offensive material is deemed to be present are only available to registered users who claim to be at least 18 years old.

Youtube Red is a paid subscription service offered by Youtube for users in the United States, which offers ad-free, offline and playback videos on mobile devices, access to new original content and access to ad-free music streaming through the application Google Play Music.

The service was first unveiled as Music Key, a similar service in subscription music streaming beta mode and available via invitation in November 2014. It offered ad-free streaming music and music videos labeled as such. The service was relaunched as Youtube Red on October 28, 2015, expanding its scope to offer free ad access to all Youtube videos, rather than just music, as well as quality content produced in collaboration with Youtube’s producers and notable personalities.

It maintains a logistics that accesses to locate any video through the metadata tags, titles and descriptions that users allocate to their videos, but whose use is limited only to videos installed on YouTube. From acquiring YouTube by Google, Google Video began to add YouTube topics to their inquiries.

By incorporating its interface to different languages, where we can find Spanish, an event of great importance occurred in June 2007.