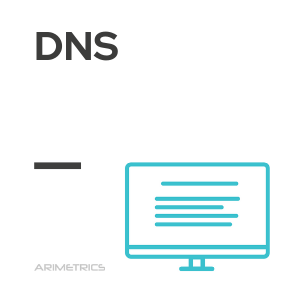 DNS is short for the Domain Name System, an Internet service that translates domain names into IP addresses. Because domain names are alphabetical, they are easier to remember. Addresses on the internet, however, are actually based on IP addresses.

What are DNS for?

Each time a domain name is used, a DNS service must translate the name into the corresponding IP address. For example, the domain name www.example.com could translate into numbers like 198.105.232.4.

This system is, in fact, its own network. If a DNS server does not know how to translate a particular domain name, it prompts another server, and so on, until the correct IP address is returned.

You can always overlook a search for this system by directly entering the figures, for example by typing 198.105.232.4 directly into the browser. However, it will probably be easier to memorize “example.com” when you want to return to the page later. In addition, the IP address of a website can change over time, and on some sites they often associate multiple IP addresses with a single domain name.

Usually, when a computer connects to the home network, to a Internet (ISP) or to a Wi-Fi network, the modem or router that assigns the network addresses of that computer also sends important network configuration information to the computer or mobile device. That configuration includes one or more DNS servers that the appliance must use for the translation of DNS names to the IP address.

It also serves as an abbreviation for digital nervous system, a term coined by Bill Gates to describe a network of personal computers.