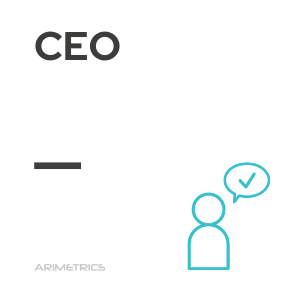 The Chief Executive Officer (CEO),which in Spanish means executive director or also translates as CEO, is the head of a company.

He is in charge of designing the necessary strategies to be able to the objectives set by the company, direct all the departments and workers and establish the strategic lines of the company.

Although it is a widespread and established term in the business world, the Royal Academy of the Spanish Language does not yet recognize it and Fundeu recommends using the equivalent position in Spanish as far as possible: CEO, CEO, executive chairman, etc.

Functions of a CEO

The CEO must lead both the internal strategies,defining and transmitting to his employees the objectives of the company, as well as external,since he is the visible face of it. This is what happens in large multinationals that we identify directly with their CEO. Some examples of this strong bond are Apple and Steve Jobs (replaced in 2011, shortly before his death, by Tim Cook), Bill Gates (Microsoft), Elon Musk (Tesla) or Sundar Pichai (Google).

In short, it can be said that the CEO is the maximum responsible for the success or failure of the organization, operations, marketing, strategy, financing, creation of company culture, human resources, hiring, firing, compliance with safety regulations, sales, public relations, etc.

Delegation of functions by the CEO

Although a CEO can rely on directors for each of these tasks (CFO, Chief Operating Officer, Director of marketing, CIO,etc.), it is your responsibility that they are done well. In a large company it is common for the CEO to create a management team to delegate functions, but in a startup it is normal for a single person to assume all these functions.

As a boss, the CEO can take on any task he wants, but there are many tasks that cannot be delegated: