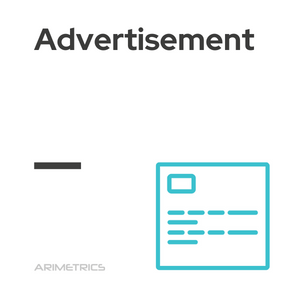 An advertisement is any persuasive ad or message placed in the media with a time or space paid for or donated by an identified person, company or organization.

The announcements come almost hand in hand with the birth of commerce. Already in the past, Egyptians used papyrus to make sales messages and posters on the walls. In the ruins of Pompeii and in Arabia, commercial messages and samples of political campaigns have been found. Also on papyrus, it was common to find such messages in ancient Greece and Rome. A wall or rock painted with commercial messages is another manifestation of an ancient form of advertising, although present today in many parts of Asia, Africa and South America.

The purpose of an ad is to convince customers of the target audience that a company’s services or products are the best, improve the company’s image, point out and create a need for products or services, demonstrate new uses for established products, advertise new products and programs, reinforce messages from salespeople, attract customers to the company and keep existing customers.

Virtually any medium can be used to make an advertisement. Anywhere, if a sponsor pays to deliver their message through a medium, it’s known as advertising.

One of the most common forms of advertising in Digital Marketing are ads on Google. These ads are displayed both in the search results of the search engine, and in its Display network.