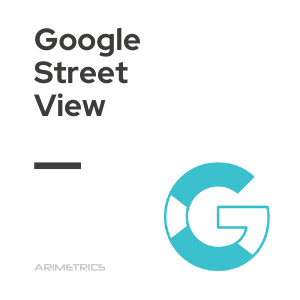 Google Street View is a tool available within Google Maps that allows you to visualize a location through panoramic photographs at street level. Its content is prepared by Google’s own team, but also by the material provided by its collaborators. The company itself encourages its users to submit material to expand their archive on all parts of the world in order to document them.

For the user, it is a very practical tool when it comes to finding the location of an exact point or to study a tour on foot or by car. Even to get an idea of the characteristics of the area you want to go to in order to determine aspects such as whether it is easy to park or what is around.

The Google Maps tool was first used on May 25, 2007 in five U.S. cities. On July 2, 2008 it premiered in Europe with images of the tour of France. At first, the Mountain View giant used the material acquired from the company Inmmersive Media, although a few months later it began to use its own. At the 2010 Olympic Games in Vancouver, the novelty of capturing ski slopes using snowmobiles with a built-in camera was introduced.

Currently, Google Street View works in more than 130 countries around the world,although it has complications to cover large areas such as Central and North Africa and much of the Asian continent, including China.

To be able to have a subjective vision of a place, as if we were really walking through it, just drag the yellow doll (Pegman) that appears next to the zoom buttons in Google Maps and drop it on the points of the map in which blue lines instantly arise. The lines indicate which places are listed in Street View and where Pegman can travel.

The elaboration of the images in 360º is complicated. This is taken care of by Google engineers once all the photographs collected by the Street View car have been obtained. To catalog those places that are impossible to access in a vehicle, the company has a backpack with a built-in camera that allows you to record on the fly called Trekker. This device was first used to capture the landscape of the Grand Canyon of the Colorado (USA).

Another method of capturing images of outdoor sights are snowmobiles and Google Street View scooters,while indoors the company uses adapted carts. The latter is the system used in museums of world interest or in emblematic buildings such as the White House. 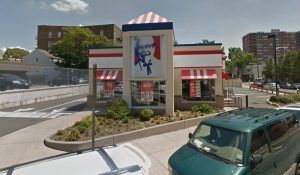 In all the published images, elements are distorted to guarantee privacy,such as the faces of the people who appear in the scene or the license plates of the cars. Despite all this, Google has not managed to prevent that historically bizarre scenes have been published, such as inopportune falls, naked in the street and all kinds of shocking images, product in some cases of indiscretion and in others, simply of interpretation.

The company itself also censors for security reasons some enclaves, such as the homes of famous people, places where media crimes have occurred, facilities susceptible to a terrorist attack (for example, military bases) or the border between the United States and Mexico. On many occasions, his eagerness to distort faces and thus avoid legal disputes has played a trick on him and has ended up blurring advertising poles and even road signs.

The use of Google Street View in Digital Marketing

Google Street view can help the digital marketing of companies, since they have the possibility to increase their visibility in searches with virtual tours of their physical headquarters. For this reason, a 360º image can be very effective in businesses with very visual and striking stores or in the case of sectors such as catering, since many users are interested in seeing if a space suits their needs before hiring a service.

According to figures from Google itself, 44% of people who perform a search do so through maps and similar multimedia products for their ability to attract attention while offering practical information. In addition, it ensures that 41% of these searches end with a visit to the website of the corresponding business.