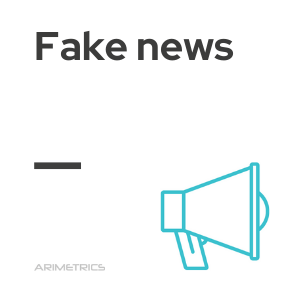 Fake news is misleading news, stories, articles, etc., created to deliberately misinform or deceive the reader. Normally, fake news is usually used to influence the opinions of users, set the political agenda or generate disinformation, among other purposes.

Normally they are usually impact news, susceptible to being viralized before being contrasted, in this way they manage to spread quickly, being difficult to stop once identified. Although the public is currently aware of this type of news, its evolution does not cease and continues to expand in the form of data, images and even videos.

Social networks have played a fundamental factor in the viralization of fake news. On many occasions, this fake news comes through web pages, people and even institutions that, a priori, generate trust. In others, the audience simply assumes that information is true without contrasting the means of dissemination or questioning whether it is true.

Fake news has entered political life and has been used by many leaders to deny journalistic information. Especially relevant is the case of the president of the United States, Donald Trump, who has used the argument of the ‘hoaxes’ to veto several informants.

To counteract the damage that Fake News is creating to the reputation of some Social Networks, Facebook and Whatsapp are launching tools that allow contrasting news and verifying content. Currently, digital marketing teams place more and more emphasis on identifying the veracity of content before contributing to its programming, since the harmful effects can affect not only those who put fake news into circulation, but also those who spread it.

Fake news has always been used for partisan purposes and economic purposes. In the latter case, the goal is to use unethical actions to drive traffic to a web page and be able to use this data to increase advertising revenue.

Among the types of fake news we see, among others: