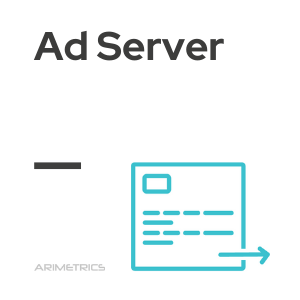 An Ad Server is a computer system that stores and distributes ads used in digital marketing campaigns. It has a software capable of carrying out the traceability of these ads, and of creating statistics so that advertisers can optimize both the content and the appearance of the creatives, as well as segment the target audience in an increasingly efficient way.

When you want to use an ad server, you enter a script on the web page where you want to display an ad. That script sends the user’s cookie from the page to the ad server and the server decides which ad to show. That is why it is increasingly important to segment users, since the more information you have about the user, the more accurate the ads to show them will be.

Ad Servers provide agencies with the possibility to show their ads without having to contact one by one the owners of the different websites on which they could advertise, with the agility and time savings that this implies.

How to use Ad Servers

To use ad servers you need people who know how to handle each of their options and avoid possible failures while serving the ads. These skilled workers are called “traffickers.”

The normal thing is that a trafficker is in charge of the upload of the creatives sent by the advertising company and the management and implementation of all the necessary parameters to launch the campaign.

Which programs use Ad server

The three main programs that serve ads through ad server are:

These three tools can participate in the purchase process and subsequent management of the ad with an “external” Ad Server or there are also DSPs that already have their own Ad Server and are self-sufficient to perform all the necessary tasks in the purchase and sale of programmatic advertising.