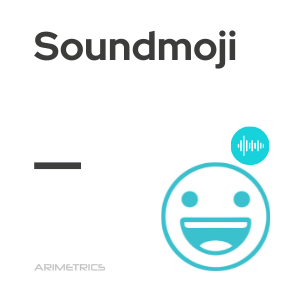 A soundmoji is an emoji that is given to the receiver with a characteristic sound, concrete and related to the message he wants to convey. These resources can be sent through some private digital messaging systems such as Facebook Messenger. Such elements are sent to represent emotions, ideas, feelings or any opinion in an agile and direct way. The Soundmoji was introduced by Facebook on its Messenger messaging platform, for the first time during World Emoji Day (July 15) 2021. This was the press release with which they presented this new tool.

As we mentioned before, a soundmoji is the union of an emoji with a sound that is related to its meaning. An
emoji
is a Japanese word referring to 12×12-bit images or ideograms used in writing on digital media, such as computers or mobile phones. The purpose is to let you know in a quick way what your mood is, what reaction has produced a previous message or describe in a funny way something you want to tell.

The use of Emojis is absolutely widespread by all social networks (Intagram, Facebook, Twitter, TikTok …) and by the messaging platforms of the same RRSS or apps such as Whatsapp or Telegram. The importance of sound in these media grows every day, thanks to the proliferation and use of voice messages or content closely related to music (stories on Instagram or TikTok). The old Messenger of the beginning of the century already had some attempts to mix gallery sounds to send in conversations. Who doesn’t remember the diabolical buzz that constantly changed your conversation? That path was not the right one, but they did leave the seed of what, over the years, we can call soundmojis.

Main differences between Soundmoji and Emoji

The main difference between them is that emojis can be placed on all digital media (social networks, messaging apps, emails…) and soundmojis can only be sent through messaging apps. Over time, surely the latter will find their place in the different options they offer to create content (stories, reels, publications …)

Another of the doubts that arise is to differentiate between emoticon and emoji. While emoticons are composed solely of characters and express only emotions, emojis could be thought of as an evolution of emoticons made up of 12×12-pixel bitmaps that make up images. In this way they can generate much more complex representations that go beyond emotions and include all kinds of concepts. Stickers,on the other hand, do not have a preset size, are larger than emojis and can represent concepts with even more depth than these.

Soundmojis are gaining their place in direct communication as well as Digital Marketing. Customer service with users interested in different products or services reaches a different point. Brands that want to make themselves feel closer, dynamic or friendly have in this way of communicating an ace up their sleeve to surprise. Digital marketers have seen that emojis are a tool they have been adding to their arsenal, and soundmojis are not going to be less. The use of these emojis + music is able to report the following effects:

It is clear that soundemojis have their moments of use and do not always fit. Sometimes they can feel very inappropriate, especially if you want to bring seriousness or a point of hierarchy. 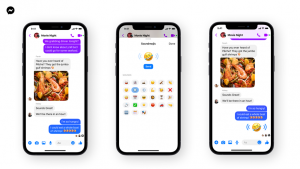