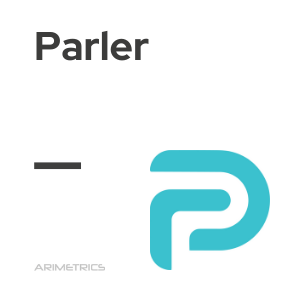 Parler is a microblogging tool created in 2008. It defines itself as a free speech and non-biased social network that is designed to protect the rights of its users. Parler, whose name comes from the term speak in French, does not promote publications with an algorithm to achieve greater engement, nor censor content. That is why it has become an alternative for those movements that have been censored on networks such as Twitter or Facebook.

Parler was created by John Matze and Jared Thomson in the U.S. state of Nevada in 2018. It experienced remarkable growth as it was adopted by prominent members of the Republican Party and like-minded commentators excluded from other social networks such as Donald Trump’s former campaign manager Brad Parscale or his lawyer and former mayor of New York Rudolph Giuliani. Since then, its growth has occurred mainly by followers of Donald Trump, reaching 10 million users in October 2020.

Parler has a similar operation to Twitter and Facebook, where users can follow other accounts and see their posts, called “parleys“. There is no algorithm that conditions its visibility, beyond its chronological order.

Registration on the platform is free, and in the registration process you must provide an email and a phone number. 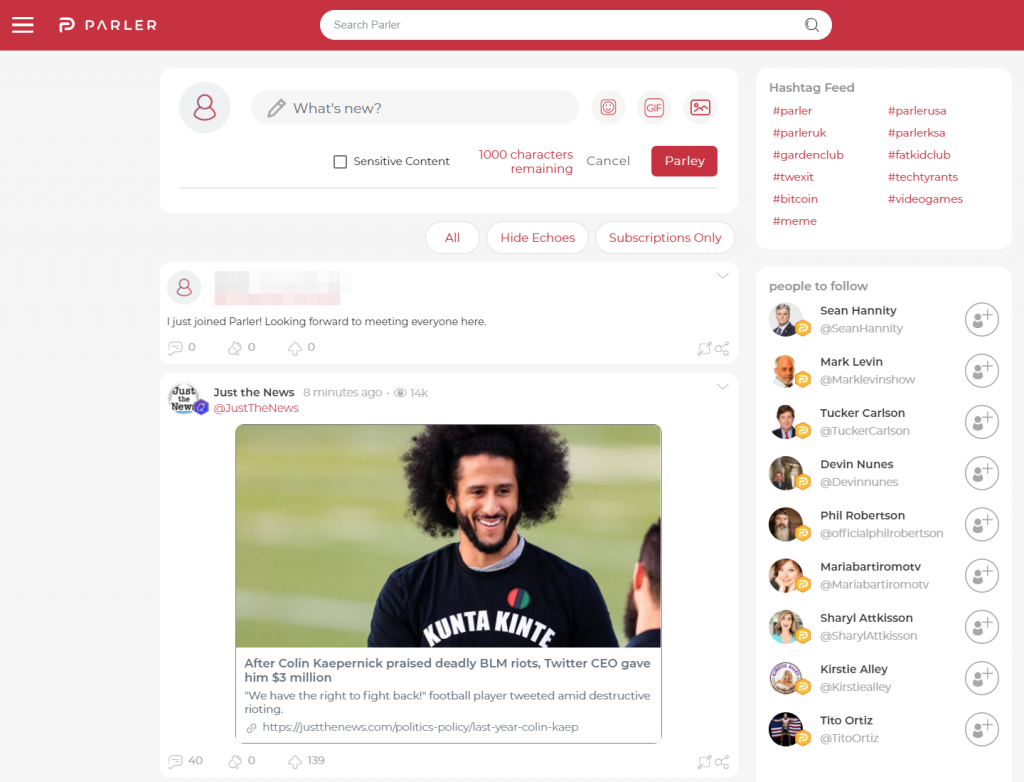 Posts can have up to 1000 characters, and can be commented on by users, recommended through an “echo”, which would be an equivalent to twitter’s Retweet, or voted, similar to Facebook Like.

At the user level there is the possibility of verifying the account by sending from the user profile a document to verify the identity. Verified users receive a red badge and those considered public figures a gold sign.

On January 8, 2021, Parler was excluded by Google from its Play Store following allegations that she was involved in the January 6, 2021 assault on the U.S. Capitol. Despite this, it is accessible via the web and you can download its apk package from the web to be installed on Android without going through the application store. On January 9, 2021, it was also excluded from the Apple Store, and a day later Amazon announced that it was stopping hosting its services for including its policies.