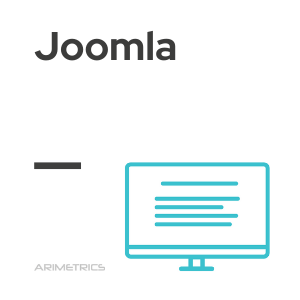 Joomla is a management system(CMS)of free and open source content for the creation and publication of web content, which allows you to develop dynamic and interactive websites. It is built in a model-view-controller web application framework that can be used independently of the CMS, being able in turn to make quick updates at the moment and a high level of customization in the development of the templates.

Joomla is written in PHP,using object-oriented programming (OOP) techniques and software design patterns, is capable of storing data in a MySQL, MS SQL or PostgreSQL,and includes features such as page cache, channels RSS,printable versions of pages, news flash, blogs, search and support for the internationalization of the language.

Joomla was born in 2005 as an evolution of Mambo,a CMS that achieved remarkable success in 2004. The project has evolved with its consequent versions:

Joomla extensions extend the functionality of your websites. There are five types of extensions, each tasked with a specific function:

The latest version of Joomla can be downloaded directly from Joomla.org. From that same portal you can download the extensions in the https://extensions.joomla.org/section.