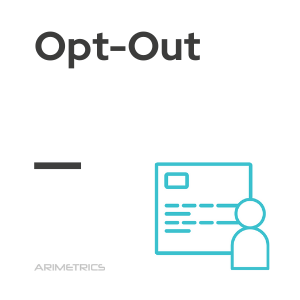 The term opt-out refers to various methods by which users can avoid receiving information about an unsolicited product or service. It can be translated as permanently unsinging yourself in a contact list.

This capacity is associated with direct digital marketing campaigns, such as telephone contacts, email or conventional mail, in which the user has not necessarily registered, but which is offered the option to unsubscribe.

It has its antonym in opt-in which is the act by which the user grants permission to be included in a distribution list.

It is in email marketing where the practice has become more widespread, for legal reasons, of allowing the user to unsubscribe or make an “unsusbcribe” so as not to receive more promotional emails from a certain provider. It is already a widespread practice to give the recipient of each communication the option of unsicing himself so as not to be contacted again.

Despite the fact that the General Data Protection Regulation (GDPR) of the European Union (EU) forced many companies to limit their marketing strategies as of May 2018, many cases of fraudulent and invasive advertising still occur. Therefore, the Spanish Agency for Data Protection recommends signing up for one of the Robinson lists, an advertising exclusion file that advertisers should consult before starting a campaign.

Being registered on this list, however, does not prevent the receipt of advertising in the event that the user has previously given permission to the company or is simply your customer before. In Spain, the Robinson List  is managed by the Spanish Association of Digital Economy and is accessible from this link. Registration is free and is usually effective after three months.