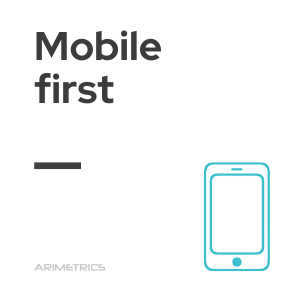 Mobile First it is a philosophy or strategy that is based on a clear premise: the mobile has to be the first device that is to be taken into account when designing a web page. That is, we must prioritize those contents and / or functionalities that are essential for the user and discard everything else. Once this, that’s when you start thinking about optimizing for the rest of the higher resolutions, such as tablets and computers.

Where does the concept of Mobile First come from?

Later, Google announced that from that moment, the indexing of its ranking would be carried out taking as a reference the mobile version in absolutely all web pages. In other words, until that date, Google’s indexing crawled the web simulating a user’s navigation from a conventional computer. Now, it does so as if the navigation were from a mobile phone.

How to prepare your content for good Mobile First indexing

To optimize your content for a good mobile first indexing, you have to take into account several aspects:

– Content thinking about the mobile. For example, a blog post with 3,000 words would look good for desktop, but not so much for its mobile version.

– Not just text. Make use of images, videos, graphics that accompany and make your post lighter

– Do not use Flash, as iPhones do not support this type of software