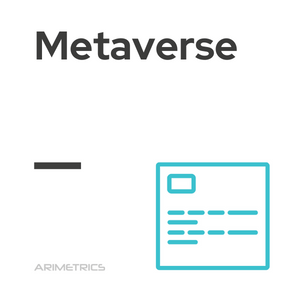 The term “metaverse” was first coined in 1992 by science fiction writer Neal Stepherson in his novel Snow Crash. Today, the metaverse represents the future of interconnected virtual experiences through virtual reality and augmented reality technologies.

It is a new digital world that will be fully immersive and that will allow users to interact just as they do in the real world. For this it will be necessary to have VR devices.

Characteristics of the metaverse

Some of its main features will be openness and interoperability. To do this, different technology companies will collaborate to create and develop all aspects of this new reality. One of the main companies that bets on this metaverse is Facebook,which is already looking for technological talent for the coming years.

One of the most important aspects is interoperability since it will be composed of several platforms that must be interconnected with each other to be able to “move” from one to another without any problem. In addition, this digital universe should allow users to maintain the appearance of their users within this digital world.

What this universe will mean

It will be a space or a virtual world that will be intended for users to use it to find themselves using AR glasses or VR headsets. There they will be able to join together to create, play, work, meet and even to shop or just hang out.

Some of the most important technology companies such as Microsoft or Nvidia are already investing in this sector. But Facebook is the one that is entering this sector the most, since it would mean uniting its platforms in this new reality.

In fact, Mark Zuckerberg, CEO of Facebook, has already announced the creation of a new virtual reality project called Horizon Workrooms. It is a virtual reality platform that allows you to telework. In it you can have a desk to have meetings or even leave digital documents on the table. All this would work with VR glasses. It is a first approach to this new virtual universe.