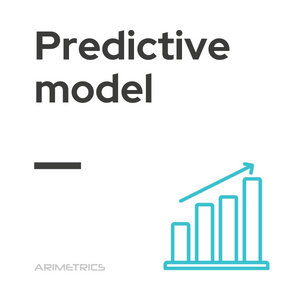 The predictive model is a data model, based on inferential statistics, that is used to predict the response to a marketing promotion or a certain investment.

The predictive model is commonly created by data scientists and uses statistics to predict outcomes. Most of the time the event one wants to predict is in the future, but predictive modeling can be applied to any type of unknown event, regardless of when it occurred.

In many cases the model is chosen on the basis of detection theory to try to guess the probability of an outcome given a set amount of input data, for example, by giving an email to determine the probability that it is spam.

Models can use one or more classifiers when attempting to determine the probability of a set of data belonging to another set. When deployed commercially, predictive modeling is often referred to as predictive analytics.

The predictive model in marketing

Although predictive models are applicable in different areas, it is in the field of digital strategy where great advances are being generated due to the emergence of Business Intelligence tools and the development of artificial intelligence. More and more work is being done on models that allow predicting, based on what has happened, what will happen in the future. All this has direct application in marketing campaigns, with the aim of knowing how they will work even before they have been launched.