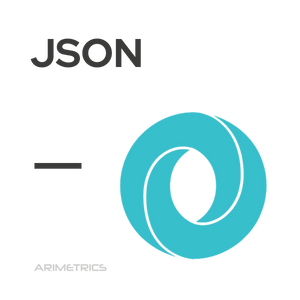 JSON (JavaScript Object Notation) is a lightweight, text-based language used to store and exchange data. It is based on the JavaScript programming language, but is used by a wide variety of software applications, making it one of the most versatile data storage formats today.

What is JSON for?

JSON is often used as an alternative to other databases and data storage formats, such as XML or CSV. It is especially popular in web applications, where it can be easily converted to and from other formats such as HTML and JavaScript. Also, because JSON’s syntax is straightforward and easy to understand, many developers find it much easier to use than other data formats.

JSON was created in the early 2000s by Douglas Crockford as a way to improve existing data storage formats, such as XML and CSV. It was designed to be more readable than other formats, making it easier for developers to read and write data. JSON’s syntax is based on JavaScript, making it even easier for web developers using their favorite programming language. Today, JSON is one of the most popular data storage formats used in a wide variety of software applications.

Here is an example of a JSON file that contains information about a list of books:

In this example, the JSON file contains a JSON object with a “books” property, which is a list of JSON objects that represent books. Each book object has three properties: “title”, “author” and “year”