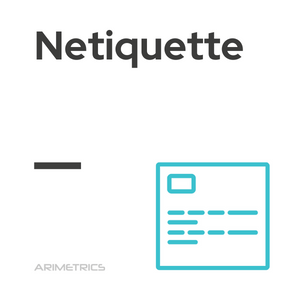 Netiquette comprises the rules of etiquette on the network, what should be done and what should not be done in online communication. They are behavioral recommendations that refer to online courtesy and the informal rules of cyberspace, a more complex communication channel as there is face-to-face on rare occasions (although connections such as videoconferences are increasingly frequent) and frequently connect unknown users.

The word netiquette is a colloquial acronym for “network etiquette”, a set of social conventions that facilitate interaction through networks, and that include from chats and emails to blogs and forums.

Like the Web itself, these norms of behavior are constantly changing and varying from community to community. The most prominent points of netiquette are the use of simple electronic signatures, and avoiding actions such as multiposting (posting the same content on pages or blogs), cross-posting (sending a similar message to different groups of instantaneous communication, forums, etc.), off-topic publication, hijacking of a discussion thread and other techniques. Similarly, some netiquette guidelines reject abbreviations in language, a habit that became widespread with the use of SMS and WhatsApp messages and that younger users use regularly.

Although, as we have mentioned, netiquette standards vary depending on the digital channel used, the era and even the culture of a given area, there are certain basic aspects shared as a paradigm within digital marketing. One of the oldest rules is to avoid writing everything in capital letters and to link this format with the intention of ‘shouting’ with the written words. Therefore, it is something that is usually aggressive and that should be avoided when writing on social networks, email or instant messaging.

On the other hand, it has always been considered a lack of respect to send spam to the e-mail, especially if it arrives from the address of known people.

Due to the great variation between what is considered acceptable behavior in various professional environments and between professional and social networks, there are internal style manuals to help clarify the limits, being taken into account more and more in the digital strategy of companies and media.

The need for netiquette 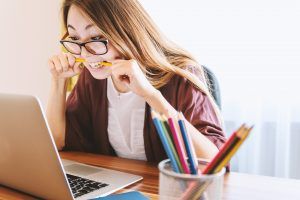 Perhaps the biggest obstacle to online communication is the lack of physical emotional cues. Facial gestures indicate the mood and corresponding diction of two people in a conversation. During phone conversations, the tone of voice communicates the emotions of the person on the other line. However, in chat rooms, instant messaging apps, and text messages, the signals that would indicate the tone of a person’s words or their emotions are absent.

Because of this, there have been some interesting fixes, with perhaps the two most frequent compensation behaviors being the use of emoticons and abbreviations. Emoticons began by using punctuation marks to try to reproduce simple facial signals. For example, combining colons and parentheses to create the smiley face symbol that indicates the person’s happiness or satisfaction. These symbols have evolved towards the images that today we all know more commonly as emojis,and that have become popular especially with the use of WhatsApp, although they are present in all social networks.

With respect to abbreviations, it is common to find terms with Anglo-Saxon origin such as “LOL” (in English, “Lot Of Laughs” or “laugh out loud”),“BRB” (“Be Right Back” or ” now Ireturn“),“TTYL” (“Talk To You Later” or“we talk later”).

As in real life, netiquette rules are not mandatory. These are only guidelines that it is recommended to follow so as not to inconvenience other users and not to transmit the wrong impression on the Internet. This is especially relevant for professionals who defend the reputation of a brand, and in particular for those responsible for managing conversations with customers on social networks and through online chats.

As we have mentioned, they are a group of changing recommendations, although there are some basic ones that endure over time. Here are some examples of netiquette:

The new ways of communicating of younger Internet users and the integration of social networks in our daily lives has produced a change in the code of behavior on the Internet, thought in its origins for email and intervention in forums and chats.

Among the current netiquette standards we can highlight the following:

In short, it can be concluded that the key is to behave with other online users as we would like them to behave with us and as we do in real life, avoid misunderstandings and try to convey the messages as clearly as possible.