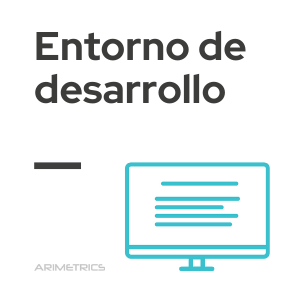 When choosing in development environment or IDE (Integrated Development Environment) it is essential to have defined which programming language will be used both in the Frontend (the visible part of the web)and in the Backend.

Levels of the development environment

The development environment typically has three levels of servers, classified as development, assembly, and production. The three levels together are generally referred to as the DSP.

So-called IDEs must meet some basic characteristics to meet user expectations. One of them is that they must be cross-platform and have an attractive and practical interface to work with. They must facilitate the integral process of programming and it is also important that they have a help assistant and forums where users can express their doubts.

Some of the most commonly used development environments are Eclipse or NetBeans. Eclipse, initially developed by IBM, is now managed by an independent non-profit foundation that encourages the creation of an open source community. It allows the installation of extensions and plugins that can be added depending on the needs of the user.