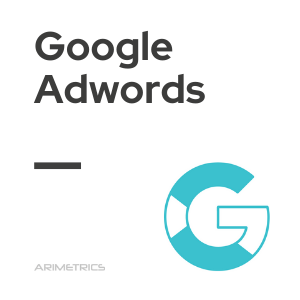 Google Adwords is the name adopted by Google’s ad platform until July 2018, when it was renamed Google Ads. The internet giant made the decision to change the name because the ads that were originally based solely on words (words) have given rise to a huge number of formats in which the imagen has a growing role: search network, display, videos on Youtube,etc.

The history of Google Adwords

The technology company began in 1999 to market its ads by words, similar in format to the results of organic search, with the aim of differentiating itself from the annoying banners that appeared then on the web pages of its competitors. The decision to include ads thus ended the philosophy with which Google had been born, which was intended to be a free search engine without advertising.

However, to justify his decision to launch the branch that brings him the most income, he initiated a process that took him from hiring advertising in the purest style of conventional media to a system that allegedly benefits the interest of those who do the search.

The operation of Google Adwords began being very simple, since it was limited to imitating the payment model that newspapers and digital magazines had: the cost per thousand impressions (CPM). It then went on to adopt what is called pay per click
(PPC)
and that guarantees the advertiser that their investment will be reflected in traffic to their website.

To keep users interested in the ads that appear highlighted on its page, Google decided to introduce its complicated bidding system, which takes into account other factors of interest besides the investment to show one ad or another.

With Google Adwords (now Google Ads)you can create relevant ads using the possible keywords that users use in the Google search engine. When the indicated keyword is searched, the trigger that shows the given ad is activated. Sites that are advertised in Google Ads will appear on the search page, in the “Sponsored Links” section above or below the Google search results. If an advertisement is clicked, the user is immediately directed to that website.

The creation of an account in Google Ads is very intuitive, but if you do not have previous experience or if you want to monetize the return on investment (ROI) it is advisable to go to an expert. The only requirement to be able to use this tool is to have an email in Gmail. Then, simply set up country, time zone, currency, payment method, etc. on the Google page to start planning campaigns with the most appropriate keywords.

There is the possibility of linking the ad platform to Google Analytics, Google Merchant Center, Youtube or SalesFirce to monitor in more detail the results of the campaigns.